Who is Doctor Aviation? 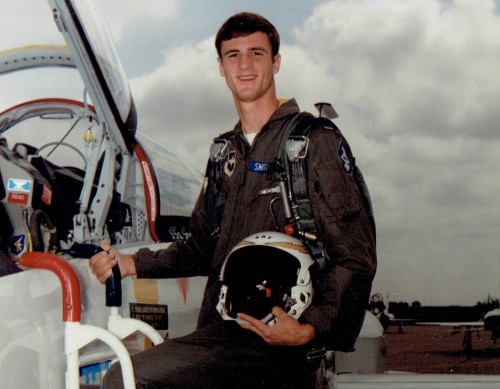 What the series will do for you. You will…

Doctor Aviation will provide aspiring aviators with the basic knowledge and tools to begin their life in the sky.

Doctor Aviation, AKA Daryl Smith, is a graduate of the United States Air Force Academy where he learned to fly both gliders and fixed wing aircraft.  He was blessed to be instructed in aircraft and in the classroom by veteran Air Force pilots, some of whom gained fame as military pilots in combat.  Robbie Risner, Chuck Debellevue, and Robin Olds were among those he was fortunate to interact with.

Over his 24 years in the Air Force, Doctor Aviation traversed the sky in nearly a dozen aircraft as a Command Pilot with over 2,000 flying hours.

On the ground, Doctor Aviation served as a professor at the United States Air Force Academy teaching aviation and other courses.  Additionally, has authored a book on aircraft mishaps, published by McGraw Hill.

As a current college professor, Doctor Aviation asked, why not make world of aviation available to life-long learners across the globe? Learn right where you live and work. The aviation world is fascinating with lessons that apply to all walks of life. Whether you wonder about flight itself, aircraft maintenance, air traffic control or how to run an airport, Doctor Aviation will give you insight into these worlds. Each lesson covers a technical aspect of aviation, a notable figure in aviation and an important event in aviation. It is fun, interesting, and exciting!  So if you are considering aviation as a career, or just want to learn more, Doctor Aviation is for you!

Session 2 The Major Components of an Airplane, Chuck Yeager, The P-51

Session 12 VMC and IMC, How to Become a Pilot, JFK Jr. Crash

Ready to Take Off?

Whether you’re an adult learner, homeschool parent, student, or hobbyist, Doctor Aviation can give you the basic knowledge and tools to be a great aviator. Sign up today!