Tesla Starman | The Man Behind the Mission

The big aviation news of the week was the Tesla Starman.  It is the private venture launched into space.  Doctor Aviation will provide an overview of the venture and the man behind it.

The Tesla Starman was launched into orbit on Tuesday, February 6, 2018 out of Cape Canaveral in Florida.  This is the same spot that launched the Apollo astronauts to the moon and the Space Shuttle into orbit from 1982 to 2011.

Several news agencies are reporting an overview of the mission.  The links provide good photos and videos of the event (e.g. http://www.foxnews.com/tech/2018/02/08/elon-musk-posts-final-photo-tesla-roadster-headed-to-asteroid-belt.html).   Essentially, the goal of the mission is to put an unmanned space ship into an elliptical orbit around the sun for as many years as it can last.

A blogging friend of mine, Paul Heagen, posted an interesting blog how the Tesla mission re-invigorates our sense of exploration and adventure (http://definingmoments.me/a-curiosity-for-oddity/).  Both Paul and I remember watching NASA send rockets to the moon in the late 1960s and early 19870s.  Those were exciting times that led to many great strides in technology including the pocket calculator.

So who is the man behind this feat?

His name is Elon Musk.  He is the poster child for serial creativity among Gen Xers.   Musk was born in Pretoria South Africa.  He is the oldest of his parent’ children.  Voracious reading took up much of his childhood.  Given his later career with the Tesla Starman, it was not surprising that he loved science fiction, particularly Isaac Asimov.

When he was nearly 18 he moved to Canada to attend Queen’s University and later the University of Pennsylvania.  He is clearly “book smart” as he earned degrees in both physics and economics.  Musk toyed with getting a PhD at Stanford (it is not easy to even get in that school), but decided to spring into entrepreneurship.

Elon Musk first made money for his part in a software company called Zip2.  Later he made more money when he came out with an e-mail payment company that eventually became PayPal.

Elon joined the team at Tesla in 2003 and became its CEO in 2008.  Tesla has been a leader in developing commercially viable electric cars. 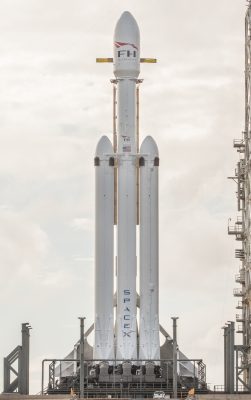 He long had an interest in space exploration and created a company called SpaceX in 2002.  His Falcon 9 rockets are very powerful and have been used to resupply the Space Station since the Space Shuttle retired.  I find the most interesting aspect of the Falcon 9 is that some of the stages of the rocket can land back at the launch pad instead of dropping off into the ocean.  As a result, the rocket stages can be re-used, which makes them much more economical.  It is this rocket which launched the Tesla Starman.

It is this rocket that has re-energized the interest in space.  For those of us who miss the space race, this is a welcomed sight.